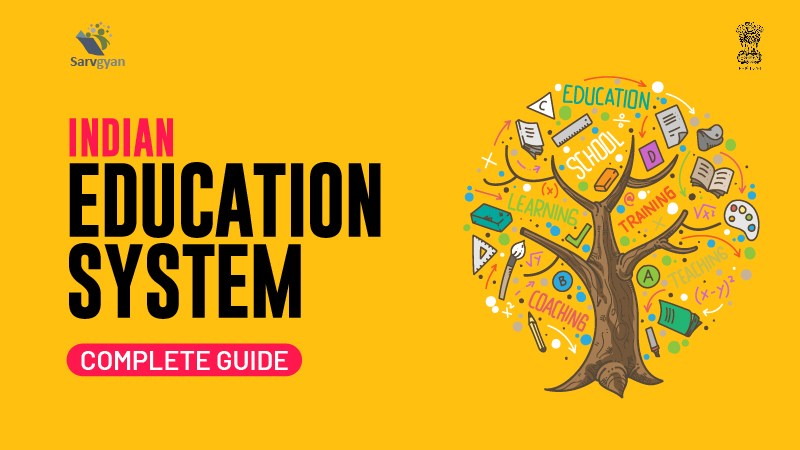 Education in India is managed by the government bodies that mainly come under either the Central Government or the State government. 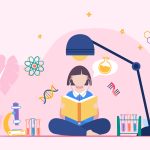 History of Ancient Education in India

In ancient times, early education in India was mostly available to the children of higher caste, the education is delivered through the “Gurukula” system. In the Gurukula system of education, anyone who wished to study went to the guru’s (Teacher) house to study.

In the Gurukula system of education, more emphasis was given to developing character and instilling human values like moral & ethical behaviour, empathy, leadership, creativity etc. The aims of education in the Gurukula era revolved around the acquisition of supreme knowledge, development of character, and spiritual & cultural education.

The relationship between the Guru (teacher) and the Shishya (student) was an important part of education. The Guru teaches everything the student wishes to learn from Sanskrit, Holy Scriptures, Mathematics, Politics, Law & Justice & Sciences.

The Gurus in ancient times offered education by means of donations and not by asking fees. The education in those eras was religious but secular subjects were also taught like Science, Law & Justice etc. the knowledge in that era was also imparted in a way that the task a particular society had to perform. The Brahmins (priest class) were imparted knowledge of religion and philosophy. The warrior class (Kshatriya), were taught and trained in the various aspects of warfare. The business class ( Vaishya), were taught trade & commerce, and the working class of the Shudras were generally deprived of educational advantages.

Takshashila and Nalanda are great examples of ancient Higher education learning institutes of India.  Nalanda was the oldest university of education in the world. These institutions imparted knowledge and attracted a large number of foreign students to study topics such as Buddhist Páli literature, logic, and páli grammar.

Modern school education in India was brought by Lord Thomas Babington Macaulay in the 1830s. The school curriculum included subjects such as Science, Mathematics and also English Language.

As per the constitution, until 1976, school education in India was a state subject, in which states were given full authority on deciding policies and implementing them. In the year 1976, the 42nd amendment to the constitution made education a concurrent subject. The school education policies and programmes are suggested at the national level by the GoI though the state governments have a lot of freedom in implementing programmes.

India has 28 states and 8 union territories, the national education policies covering education from pre-primary to higher secondary and further to higher education are framed by the government of India, though the state governments are given complete freedom in implementing programmes and policies.

With the objective to promote & regulate education across the country, and set standards, directions and educate the masses the government of India (GOI) formulated the national policy of education (NPE) in the year 1968.

In 1961, the central government has set up an autonomous organisation known as the National Council of Educational Research and Training (NCERT) that would advise both the Union and state governments on formulating and implementing education policies.

There are mainly 4 major changes in the Indian education system after independence.

In 1968, the union government introduced the first national policy of education (NPE) of the country which was based on the reports & recommendations of the Kothari Commission (1964–1966).  The major highlights of the first NPE were the fulfilment of compulsory education for all children up to the age of 14 as stipulated by the Constitution of India.

In 1986, a new national education policy (NEP) was introduced in the country under the leadership of Prime Minister Rajiv Gandhi. The primary vision of this new education policy was to give equal opportunity in education to all and remove disparities. The major highlight of this policy was social integration at all levels by providing more opportunities to Indian women, scheduled tribes (ST) and the scheduled caste (SC) communities of India.

The National education policy launched in the year 1986, was modified in 1992 by PV Narsimha Rao government. In 2005, under the leadership of Manmohan Singh’s UPA government, the policy adopted a “common minimum programme”. The policy further recommended, conducting a common entrance exam for admission to technical & professional programmes across the country.

The new education policy of India replaces the 34 years old education policy that was framed in the year 1986 and later modified in the year 1992. On 29 July 2020, the union cabinet approved a new National Education Policy (NEP 2020) with an aim to provide universal quality education to all and to introduce a new pedagogical and curricular restructure of 5+3+3+4 in school education, covering students of ages 3-18.  The new 5+3+3+4 academic structure will replace the old 10+2 academic structure. The new national education policy 2020 will be implemented in India in a phased manner till 2026.

Stages of Education in India

Education in India is broadly categorized into two stages, the first stage is school education (Compulsory Education) and the second stage is higher education.

The National education policy of India introduced by the union government aims at bringing profound changes to the Indian education system. The NEP 2020 is a comprehensive framework for elementary education to higher education as well as vocational training in both rural and urban India.

The new education policy aims at transforming the Indian education system, right from pre-primary to senior secondary and higher education. NEP emphasizes the use of mother tongue or regional language as the medium of instruction till class 5th, and recommends it till class 8th and beyond. It is understood worldwide that learners grab concepts more quickly when taught in their mother tongue.

Another key goal of NEP 2020 is to attain foundational literacy and numeracy in all primary schools for all learners till grade 3 by the year 2025. The new education policy will give more emphasis on critical thinking and experiment-based learning, vocational based education will be part of the curriculum from primary school onwards.

School education in India currently follows a 10+2 academic structure. These 12 years of school are carried out in a state, central government or any private school. After completing the mandatory 12 years of study candidates can pursue higher education in any recognised college or university.

The school education as per the new educational structure will now have four stages:

This is preschool or Anganwadi covering children of age groups 3-4 years (pre-kindergarten) and 4-6 years (kindergarten). The focus of studies in this stage is basically on activity-based learning.

In middle school, students are taught abstract concepts in subjects of sciences, mathematics, social sciences, arts and humanities. This stage of school education is considered the backbone of the Indian education system.

In these 4 years of study multidisciplinary education is provided to the students. Students are taught in-depth about subjects. This stage inculcates critical thinking and more practical-based education among students.

Vocational training and education will include practical sessions, industry exposure and internships, this will prepare learners for a specific trade and will upgrade their technical skills that are mandatory for employment.

The UG education starts from 18 years and can continue till age 23 or more (depending upon the enrollment year and course duration). Students can pursue a PG course after graduation and then go for research courses after their PG.

Every school educational institution running in India must have to be affiliated with either a state board of education or central board of secondary education (CBSE), ICSE etc.

For higher education, the affiliation norms have been set up by AICTE, UGC and accreditation bodies. Every college or university offering degree or diploma-based courses must be either deemed university or should be affiliated to any central or state-recognised university of India.

Some of the popular education boards in India are:

Central Board of Secondary Education (CBSE): CBSE is India’s most popular education board giving affiliations to thousands of schools in India and abroad. The board designs curriculum from Grades 1 to 12 and conducts examinations for classes 10th and 12th standard.

State Government Education Boards: In India, every state government has its own education board giving affiliations to state government schools, government-aided schools etc. The primary function of the board is to design the course curriculum and conduct board examinations for the 10th and 12th standards. Some of the examples of state education boards are:

National Institute of Open Schooling (NIOS): The NIOS is an open board of school education. NIOS is an education board under the Government of India’s HRD Ministry, the vision of the board is to provide education in rural areas and challenged groups in open and distance education mode.

If you have any queries related to Indian Education System. Feel free to comment. We will revert you shortly. 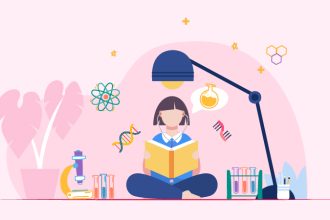 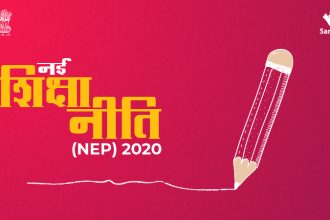 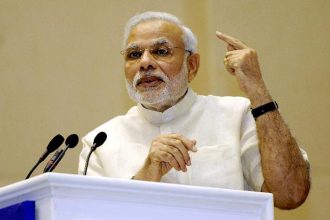